Economic Driver: No economic driver/ Communities in the center of cities with low-income population

Pilot Project Objectives: Creation of a Sustainable Socioeconomic Development Modelo for the Salgueiro Community (Se Liga Salgueiro Project) as a pilot to be replicated in other urban communities of Rio de Janeiro

Achievements: Participative assessment of the territory, identification and engagement of stakeholders and preliminary selection of anchor business chains; Dialogue Workshop with PUC-Rio;

Implementation of 2 initiatives: Radio and Community Garden; Participation of residents in city events and forums. 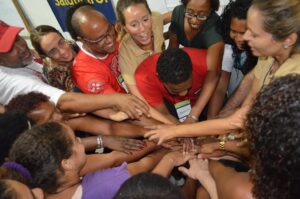 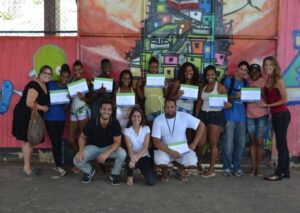 Program Goals: Starting from the “Rio Pact”, the objective is to promote and monitor the sustainable development of the Rio de Janeiro Metropolitan Region following a set of articulated commitments that seeks to align the population’s objectives with those of public agencies, private partners, civil society, the academy and research centers and international organizations

Project’s Objetives: Training of young residents of Manguinhos – as Citizenship Promoters – on citizenship and entrepreneurship to act as mobilizers in the community, developing the territory and establishing young local leaders

Achievements: 10 young people trained to act as multipliers in their territory – “Promoters of the Citizenship of Manguinhos“ 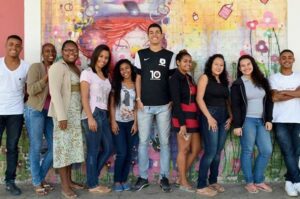 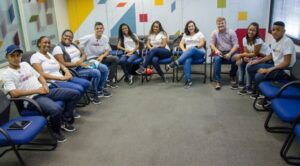 Code of Conduct and Anticorruption