Achievements: Creation of a Local Development Agency whose main initiatives were: micro-development projects, micro-credit and creation of health, education and training institutions; Creation of several Development Foundations with members elected by the community; Award of Excellence for the Social Initiative of the Project in Akassas; Reapplied in other areas reaching 500 thousand people 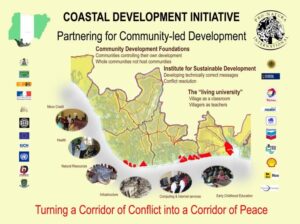